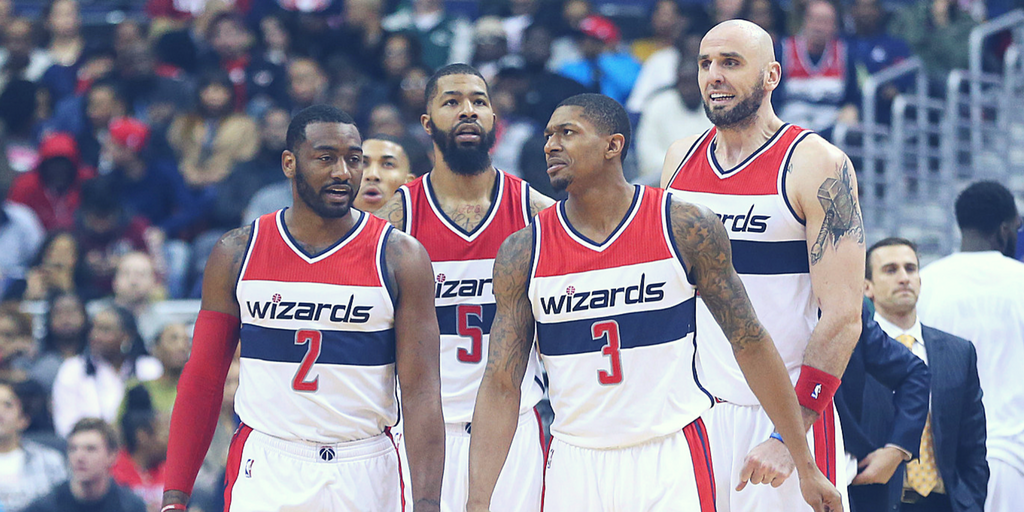 Washington kicks off its campaign tonight at home against the Philadelphia 76ers and it is now time for a DC sports team to make the push. The Wizards had what you can call a below average off-season. The team stayed the same, minus a few bench player swaps like Brandon Jennings for Tim Frazier. Otto Porter signed a max extension with the team after the Brooklyn Nets made an offer sheet. Most importantly though, John Wall got the relatively new super-max extension and will be the face of D.C. for foreseeable future. The Wiz now have Wall, Beal and Porter locked up for four more seasons together hoping to expand on the success of last season.

Will Kelly Oubre Jr. improve enough to be a 6th man of the year award candidate?

Oubre is the key to unlocking this season. Washington really has no bench and last year proved to be its ultimate downfall. Behind the starters, the rest do the team did not produce enough especially in that stretch of game 7 that led the way to the Kelly Olynyk game. Oubre has tools defensively but is still raw. Shooting can always be developed when a kid comes out of college at 18 or 19 as long as the player shows a commitment on the defensive side. The Wizards are not asking for Oubre to build the foundation of the house but rather be the upgraded kitchen. Be a key piece of the puzzle off the bench and strive to be better. Alas, Oubre won’t be a top sixth man of the year because there are better guys coming off the bench on other teams.

Can the Wizards survive with Jason Smith, Ian Mahinmi, and Jodie Meeks off the bench?

Should we include Oubre here too? Might as well. With Oubre, we have a young athletic defender who is improving. Meeks is a knock down shooter when healthy. Can he be a legitimate minute saver for Brad Beal, yes but only if it is 12 minutes or so per game. Jason Smith is very iffy. A stretch five who cannot play defense constantly. The initial contract last year shocked me, especially the 3rd year. Smith can be helpful off the bench but his lack of defense should keep him off the floor (aka he was guarding Olynyk in game seven). PLEASE do not get me even start with Ian Mahinmi. The most ridiculous contract I have ever seen given to a backup center. I get it if he was talented enough to play, BUT HE CAN’T PLAY. Ian cannot catch and shoot from 15 feet nor is he quick defensively. With Mahinmi making $4 million more than Marcin Gortat, it leads me to wonder how will this team do when it comes to renegotiating with the polish hammer. — Can you tell I am not a Mahinmi fan yet??? This team also brought in Tim Frazier and the book is still out on him. Hopefully he can be a better version of Brandon Jennings from last year.

Will Marcin Gortat get traded?

Gortat gets moved under one of three circumstances. One, the team falters and needs to shed contracts because they need to blow it up. Two, Gortat refuses to resign or negotiate a deal because of the Ian Mahinmi contract — I f**king hate that contract, as you can probably tell. Or three, Gortat’s money is used to make the money work in a deal that gets Washington their 3rd legitimate star player since Caron Butler — look at my answer to the next question to see how Gortat’s money gets that type of player.

Can the Wizards acquire someone or some piece that can keep them from being a stagnant team?

YES! Boogie Cousins anyone??? Gortat’s contract would have to be included (unless New Orleans will take Ian Mahinmi off our hands). Maybe Gortat and Oubre would be enough to pry Boogie away but Porter’s contract would allow for a player like Boogie or any big time player to sign a new contract in Washington. Outside of Cousins, I see no real piece this team can acquire to help the roster over what they would need to give up. This team as it stands is already a top 3 or 4 seed.

Will the Kelly Olynyk game come back to haunt the team?

Screw Kelly Olynyk but it very well could honestly. This is Washington D.C., where sports franchises cannot make the next step. With the Gordon Hayward injury last night, This team could sneak into the eastern conference finals again and would beat Boston this time. No emotional Isiah Thomas series and no Kelly Olynyk outburst would put Washington into the next round of the playoffs and you never know what could happen when Washington is an underdog.